Canadian guitarist Bryan MacDonald first appeared in my musical radar when he performed with Layne Greene during the Sounds of Youth Music Competition at the Decoste Centre. First impression lasts! His guitar playing has this shimmering, atmospheric, delicate characteristics and you can’t miss it. It’s like a hovering presence in the cloud of sounds. Inflation is a track that has appeared in Layne Green’s online releases including the latest Break. I am impressed by Layne’s artistic approach to the songs he wrote. Instead of putting out a bunch of compositions out , he makes use of different approaches existing tracks in his file. I think this is wise. It shows a great respect for one’s craft by trying out different ways of presenting it.

I love the artistic direction of the video. People who also helped making this happen are Andy Cunningham, Adam Johnson and Al Gunn. Inflation, shows the exciting collective that Canadian artist Layne Greene is trying to build up. Makes you want to be part of every musical project doesn’t it? 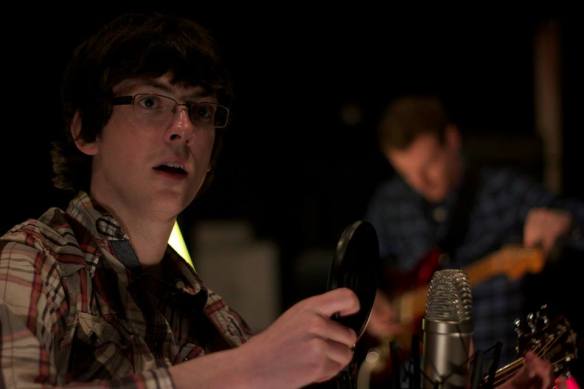