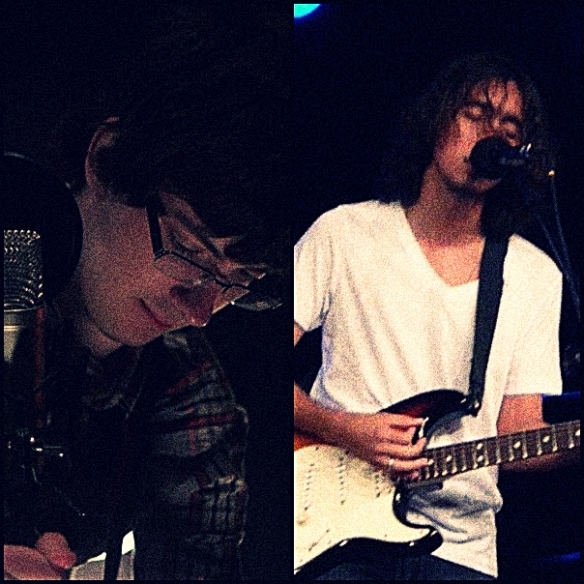 Canada and Brazil. That’s quite a distance. Not when you have technology and also trust between two musicians. This is what the joint effort between Layne Greene and Pedro Martins brought to the fore. Apart from monitoring each other’s projects, they also created a unified mood. This love for acoustic breezy sound became the strong signature of Trem Azul (Blue Train).

According to Martins:” This is a 70’s song by “Lô Borges and Ronaldo Bastos” that was recorded in the 90’s by the bossa nova icon Tom Jobim, who also wrote English lyrics to it as Tom Jobim is much widely known than Lô Borges, it’s puzzling for those not acquainted to Brazilian music.”

It retains the spirit of the original, and at the same time it crosses into other genres like indie folk and alt rock.

Greene and Martins made their voices blend well that at some point it is hard to tell who’s singing. Collaborations bring something fresh  to the table for any artist. It is like watching the world through another eyes. The ideas and style of playing make the tune really timeless.

Watch out for more from these two.