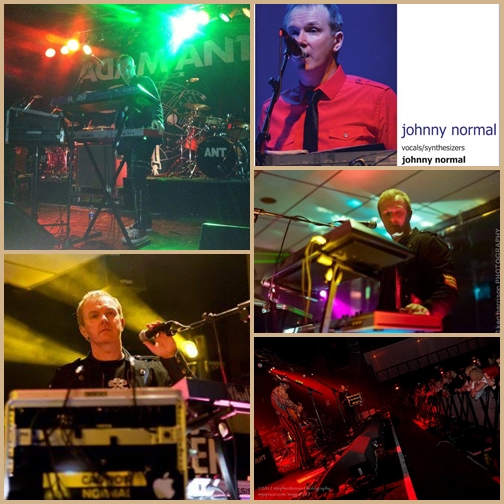 I like the way Johnny Normal writes and performs his original electropop tunes. He brings to the table the reasons why we like the genre. He has the right combination if you are looking for something catchy, danceable and radio friendly. He knows and loves his pop music and I tell you, once you listen you are hooked!

Miss Razorblade has gotten its release early this year but another version is out. It is different from the original as the tempo has been slowed down(just a bit), more emphasis on the drum and bass and this time it features  Izzie Voodoo’s vocals. It’s called “Miss Razorblade – The XMS (X-Mouth Syndrome) Remix.” Think of Republica and OMD. It sounds like a good entry to the club market. It will be available only on the forthcoming Johnny Normal album “Robot Rock.”

When not writing and performing tunes with his band, Johnny Normal is also a producer. In fact I think he is the British version of “The Godfather”…wink. He also hosts a weekly show via www.radiohappy.eu. You can hear the podcast here: http://www.mixcloud.com/johnnynormal/