Occasionally, a singer/songwriter arrives in the indie scene which makes you wish you can sing and write songs like that. One Man Show is his latest upload via soundcloud. It’s a dreamy upbeat ballad which modern Beat poets will really embrace. I love the way he makes complex songs sound really simple. He has a knack for catchy melodies that never leave you. As of this moment, I have played the same song twice and I am planning to play it again and again until I finish writing this post. 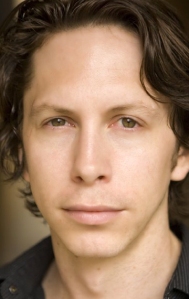 He first broke into prominence as an actor in Ken Park. Instead of pursuing an acting career like his contemporaries, he decided to pack his guitar and pursued a musical career playing across cities and states. Now,he has earned loyal fans who will never trade him for anyone else because his artistry has captured the hearts and minds of thousands… eclipsing his former image as an actor.

***
Peter Chains and Athuja
In all my blog posts Peter Chains doesn’t need an introduction. He is a guy whose voice I praised in its emotional depth and beauty. Is it possible for a man to have a beautiful voice and be known for it? Yes. I would cite singers like the late Jim Morrison and Brendan Perry of Dead Can as the closest example. It is great to see him trying his voice on different styles. He is primarily a singer/songwriter but being with Athuja has proven that he can also do Jazz.

For now the band is creating new materials and jamming as they get ready for some serious live performance. I envision an album or EP next year. So far they have uploaded three tracks via their Facebook band page. Please remember that these are not studio quality recordings but they will give you an idea about the direction that the band is moving to.

If you like prog rock and jazz then I am sure you will follow Athuja. If not then I’d recommend you just follow them because it is not too late to reinvent your musical tastes!
https://www.facebook.com/pages/Athuja/249750768558830?fref=ts

Beautiful is a new single from European pop artist Alex Pardini. I love sophisticated house and chill-out music. That is why I am always enthusiastic with his every release because I am aware with the amount of effort that he puts in his craft. He is also a good acoustic and electric guitar player and you can hear his rifts now and then.

This is simply beautiful!