Every time singer/songwriter J.P. Kallio mentions that he has a new album out, I am always excited about it. I will explain the reasons why. First, I knew of his talent from his two bands and I know he is prolific. You have would probably agree with me that we are so damn lazy sometimes to get off our coaches and do something out there that can affect other people in a positive way. Yes we know we can do it because we have creativity but, motivation is not there. And J.P. is immuned to this creative laziness. Just look at his website and you will know what I mean. 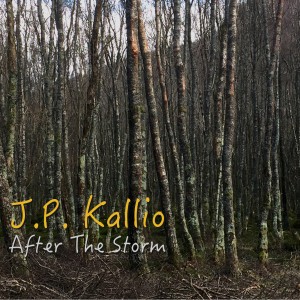 He is also a blogger. That’s the second thing. In fact he is more productive than I am. I am amaze at the amount of ideas he can come up in a week. And on top of these crazy stuff, he also tours with his band. Really crazy eh? He is a staunch advocate of coffee in the morning. I guess I need to trust that coffee can make the world beautiful!

He is a musician’s friend. He is not bothered to share his craft and the tips that can go a long way. Now that his new album is out let me tell you what it is. It has twelve songs. The title is After The Storm. Which becomes clear when you finish listening to the twelve songs. These are acoustic tracks recorded with guitar and other instruments. The general feeling is that of being inside a coffee house. The songs vary from laid back, relaxing ballads to faster ones with provocative themes. For example Fool is a song about the perils of alcoholism but written in a humorous way.

If you love Dylan then you will love the title track. It has that amazing guitar playing which I haven’t heard in like ages. Still others are interesting on both the lyrical and musical aspects. Mama Was Right is heartwarming as a freshly baked muffin. So take your pick now and listen to the intelligence that flows in every song. And yes you will feel his big heart that knows how to love creativity.

You can buy the album from iTunes: https://itunes.apple.com/ie/album/after-the-storm/id977288011