Musicians have the best jobs in the world. They get to do something they enjoyed very much without the need for incentives, promotions or big cash. It has been a dream to talk  J.R. Richards, original lead singer of Dishwalla. Thanks to my blogging and social media I was able to slip a few questions his way. 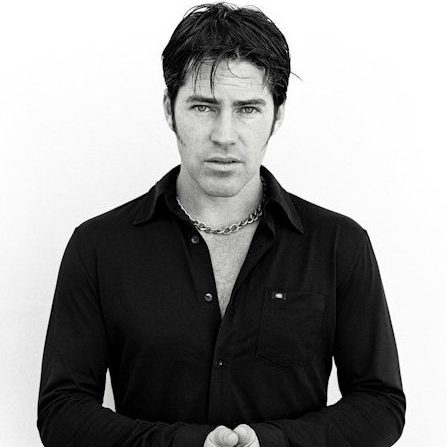 His involvement with Dishwalla was a massive success. Their Pet your Friends  album came out during the time when alternative rock was at its zenith. Counting Blue Cars was a massive hit and it was cool to include at least one Dishwalla album if you happened to call yourself a rocker. I remember how the album which was in cassette form got passed around in college. Local bands covered their songs. Who would have thought that years and years later I would finally secure an interview with him(jumps up and down)?

Richards continues to be passionate about music and still releasing records even as a solo guy. He also branched out to other creative endeavors including humanitarian efforts.Like a biker in full speed, he continues to overcome headwinds and obstacles along his creative road. There are also several facts about him in case you are not aware:

*He has appeared in the films like Almost Anything, 2:13 and Morning (which he also scored) and he guest starred on Charmed as himself.

*His band had a No. 1 hit in 1996 & 1997 with Counting Blue Cars,and they won a Billboard Music Award for Top Mainstream Rock Track of the Year.

*In 2013 The City of Los Angeles awarded J.R. a Proclamation for Dedication to Enhancing Lives of Families Living in Extreme Poverty for his work in El Salvador with 20k Watts

His new album is “Honore et Amore” which is also available on Vinyl.

Read the interview below:

Now that the new album( “Honore et Amore”) is out, are you excited playing the new songs live?
Yes, definitely! I have done a few internet streaming shows via Stageit.com as well as played a few new songs acoustically live on Facebook. And now I am in the process of putting together a show. At this point I am not sure yet if it will be a solo acoustic show to start with or a full band…. whichever I do first though I plan on doing both.

You gave us a sneak peak of the new album and also new tracks via Pledge Music. Who encouraged you to take this independent route?

I wanted to avoid going the Label route and try the Independent route this time. Being signed to a label puts a lot of constrictions on an artist as well as a lot of pressure….. something I am trying to avoid these days. My wife Min and discussed it and decided to look and see if there were any other options other than the usual label path. Times have changed. We found Pledge Music a few years ago and decided to watch a few bands go through the process. In fact a band that I had recently produced (and Min shot 2 videos for) Britroyal, used it to fund the making of there 2nd full length album, “London”. It worked really well for them.. so we decided to try it ourselves.

Other than your solo career, are you going to make new music again with your band Dishwalla?
Hard to say at this point….. the band basically disbanded in late 2005 after releasing our last album but I continued writing and started recording my first solo album “A Beautiful End” in 2007. Around 2008 some of the original members wanted to start touring again but I was in the middle of making that record. So I was unable to join them at that time which prompted them getting a new singer. Now its 8 years later and I have released 3 albums solo and Dishwalla has been touring off and on and honestly I think we all are happier doing our own thing for now.

How’s it like to work in Air Studios London for this album?

Amazing! I had a chance to work in both A.I.R. Studios and Abbey Road for the these last 2 albums which was simply amazing. Both studios carry an incredible amount of history – both then and now. At A.I.R, I was in studio 2 and happened to notice that on the schedule for that room during the week I was there, Muse was there and Adele and Ryan Tedder from One Republic were working together right before I came… the day after I left Cold Play was in the studio… I was blown away to be in the middle of all that talent!!
Abbey Road was just as amazing. I recorded in studio 3 where both the Beatles and Pink Floyd recorded in the early 70s…. and it really doesn’t get any cooler than that. When there was a break in recording, I would sneak off with Min to explore the rest of the building’s rooms and studios. Good times.

How do you stay passionate and creative all these years? What are the secret ingredients that may inspire other musical artists?

I try to appreciate what life offers and do my best to take on its challenges…. those moments make for great songs I think. My suggestion to other artists is to take time each day and write down on paper how you are feeling and / or pick up an instrument and just play what ever comes to you in that moment and record it. Even if its on your iPhone. I think that its important to capture what you feel each day in some way where you can then listen and look back on it. Most likely you are going to be surprised. The key is nit to try and write a song….. instead just let your thoughts drain away onto the paper and whatever melody or chord progression just let it be.

What’s your creative ritual before going to the studio?

I don’t really have a ritual. I just make sure to have gas in the car, a guitar or two, my phone, my wallet and a hard drive or two. Oh… and I generally warm up my voice before I get there… still, if I forget something, Min usually reminds me.

What is it that you love about your musical career?
I haven’t had a real job in 25 years.

Your message to fans?
Gosh… I guess I’d like to say “Thank you”. I would not be making records without their support. I hope that I can continue to make music that they enjoy.

Listen and buy the new album:

He also released a new album called ‘Stripped.’ According to Richards: To commemorate 20 years since Dishwalla Pet Your Friends Album was released, I am releasing an acoustic, stripped down version of the songs in the way I initially wrote them.

2 thoughts on “J.R. Richards Original Lead Singer Of Dishwalla On His Solo Career Plus Two New Albums Out Now!”