I started this blog probably around 2009 or 10, not sure exactly when but I never imagined I would find Bikes and Music in the same title.  But when you go with the flow(or against it) strange things can happen. Yesterday, I found myself riding my fixed gear bike with other cyclists. We were serving as extras in a music video by Pinoy rapper Aero ( real name Albert Temporosa Peñafuerte).

He already released original songs and a number of music videos via YouTube. My favorite is Cold Beers because I love the vibe and it literally describes what it’s like to live in Bacolod city. We southerners do know how to chill. We may have personal problems but when it comes to entertaining friends and having a good time, man I tell you; we are sooo good at them! His common theme celebrates the local street culture and songs are worth checking out if you happen to live from outside of the country and you want to visit Bacolod. It is a good way to know the colorful culture of our city.

So how did the video shoot happen? The story goes like this. I met Newry a few weeks ago during a ride he organized. He meant to unite all types of riders in our city. Newry is a chill kind of guy. He wears his dreads proudly and listens to music-a lot. He always brings his style whenever he rides his bike and he is good in doing these creative things involving music and cycling.

I met Ivan the same time through our Facebook Fixed Gear community. He’s the site admin and he is also very passionate when it comes to track cycling. Ivan and Newry are mutual friends so that’s how we fixed riders ended up in the shoot. It was a cloudy day with bouts of rain but the shoot happened. Cyclists from different parts of the city joined. The word travels fast- especially when an event involves a hip hop artist and bikes. Check out the photos below. 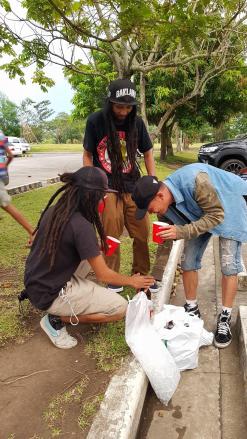 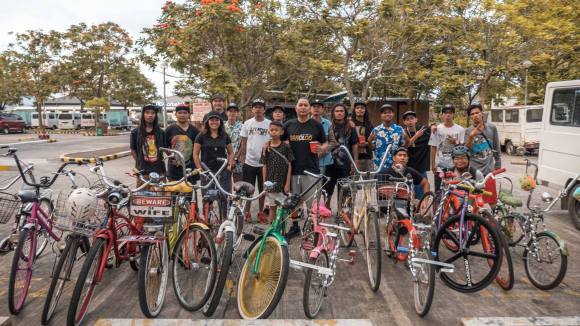