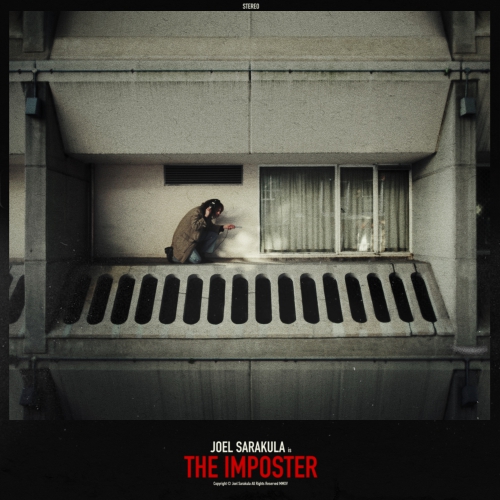 The Imposter marks the evolution of our musical hero Joel Sarakula into the realm of r&b, psychedelia and 60’s pop inspired themes. His melodies come out smoothly. As if he has thought of them for a long time before recording them. I say this because it sounds like each note in The Imposter falls into place. For the opening track They Can’t Catch Me up to the closing Another Place Another Time, the wizard of retroville keeps getting better with each album release.

The Imposter reminds me of Cream and Velvet Underground mixed with that smooth Quiet Storm crooning. Each song oozes with sexiness and warmth. This album is meant to live forever on vinyl. And all you vinyl collectors out there, watch out for that format when it comes out in the market.

While his last album The Golden Age is akin to afternoon sun striking the surface of a platinum table, The Imposter reminds me of pearls falling on silk sheets. There’s that natural elegance especially on songs like When Summer Ends, Northern Soul, Coralie and Young Man’s Game. Chelsea Gun is my personal favourite as it features that beautiful harpsichord sound. But hey I love all of the tracks here. There’s never a dull moment. And after the sultry Another World Another Time has ended, I feel like the album should have been longer. This is a natural feeling you get when all songs are fantastic!

Children of the Higher Light sounds like a potential single. It has that infectious beat and very catchy chorus. European Skies is another track that would appeal to the hipster crowd. With its swooning atmosphere(in an almost disco beat) and 70s breezy melody, this is getting into me as faster than you can say ear worm! 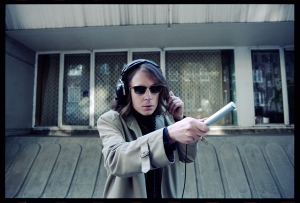 His live shows are very much in demand in Europe especially in Germany where he has fervent followers. I am not surprise, as we are in general give priority to beautiful melodies and sleek production techniques. Although this  is just a personal opinion, but we can’t deny that there is a good reason why he is getting a huge amount of followers out there.

It baffles me how he gets everything together this way. He did mention during our last interview that he is coming up with something r&B and chill out inspired but still this comes as a surprise. The Imposter is 5 out of 5 starts. Yes it is perfect and I swear I am going to take this album everywhere I go!

November 6 is the official release of The Imposter.

After two days of listening to this album, I have a new favorite. It’s the sixth track in the album called Happy Alone. Perhaps it’s the melody, or the instruments…or maybe it’s his Burt Bacharach-like vocals. It’s really beautiful. It has the same poignant beauty as his single Matchstick Girl (from The Golden Age). The song starts with the piano and guitar. Then the verse starts and I close my eyes. When it reaches the chorus, it definitely one of the most beautiful songs of this decade. He also has a knack for adding horn sections and vocal harmonies.It’s pure and free from the cynicism of many songs today. I am sure that when I listen to this twenty years from now, I will still wear that pleasant smile. There are songs that are meant to endure the test of time and this has got to be it!

How are you readers of the page? I am glad for the continued support and for the steady stream of visits this page has been getting lately. It is nice to know we both share the same inclination in music. So what do we have on the menu? Electro! Yes I just got an update that Paula and Sascha Simnovec made a new track together called Spiral Night…”spiral night…you shine so bright….”This is a great follow-up to their amazing collab called Antarctica. Now that is also one track I like to play when I am feeling bad. It uplifts the soul.

Spiral Night is explosive. Sascha’s aggressive synths back the track. The chords evoke that feeling of suspense and adventure. This is a song I can imagine being featured in a Sc- fi film. Paula’s voice also has that strong edge. She sounds almost like Loreena McKennitt. I am glad that the internet made it possible for two people to collaborate without being inside the same studio. Paula is based in England while Sacha is in Germany. These two have sent recorded tracks back and forth. That approached proved  very fruitful. I see a great future in this collab work. It shines so bright!