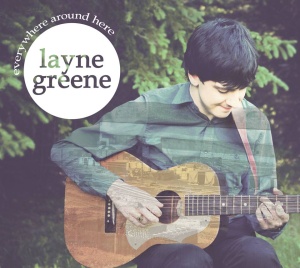 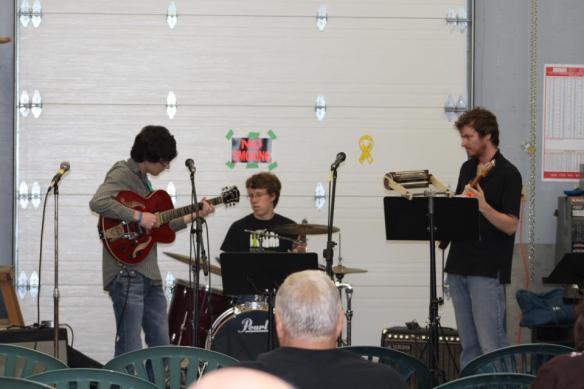 Yes that’s the name of Bryan MacDonald in Soundcloud. This dude is kind of laid back and shy but he has a good sense of humour. His guitar playing is a must-hear for those looking for unique styles. He has already collaborated with many musicians and among them is appearing in the new album of Layne Greene called “Everywhere Around Here.” You can’t miss his style. It has that spacey characteristic along with the gentle use of reverb. It is hard to compare him to other  guitarists but I recommend you hear him out. His sound is really different. It will blow you away.

If you are a recording artist or a band living somewhere in Nova Scotia, try to look for him and bring him along. I am sure he is going to be a great asset to your recording needs. He is always ready, all geared up to play his guitar. His many experiences in performing in front of live audience (busking and actual gigs on stage) have stood the test of time(and weather).

I am looking forward to hear more from this amazing instrumentalist. I hope to catch him in a new album by another brilliant musician. 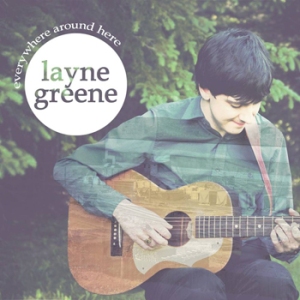 We’ve waited for a year. And now it is here. Nine artfully crafted tracks that would make the late John Lennon smile. Layne Greene continues to prove that he is a clever song crafter.

Read about the release of Everywhere Around Here in my Expats Post. Greene will be releasing the album in various formats including limited vinyl edition.

This is it! My first album comes out today. I’d like to thank everyone who has had a hand in helping make this happen, it’s been over a year and a half since I started finalizing the songs and working on the plans for release, and I would not have been able to do it without everyone’s help.

Throughout this process there’s been a lot of twists and turns, steps forward and steps backwards, good days, bad days, long nights, and 4 hour drives across Nova Scotia in the middle of the night through a snowstorm. All in all, I’ve learned a lot. About myself, about the industry, about how much time, effort, blood, sweat, and tears it takes to get an album finished. When we started rehearsing a year ago, I don’t think I fully understood what I was getting myself into, and I don’t think that even if I had, I would have been able to prepare any more for it.

I’ve been dreaming of this day for about 7 years now, and even a year ago it was only just starting to look like a remote possibility. Luckily with some hard work and support from my team we were able to pull it all together, and today is the day! I’m excited to share the album with all of you, and I can’t wait to see everyone’s smiling faces at the rest of the shows we have lined up. Thanks so much everyone for your support, I couldn’t have done it without you!! 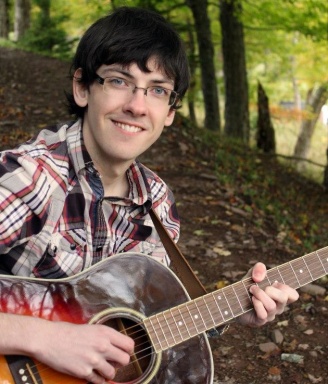 Our guest blogger is Layne Greene from Nova Scotia. He is in the process of recording a new EP with his new band line up. He has remarkable insights about music and we got a taste of one of those today.

Layne Greene writes an interesting essay about creating a sense of balance between musical theory and practice.

When Baxter asked me to write an essay I wasn’t really sure what to write about. My first thoughts were to write a bit about my approach to mixing and recording in general, but that’s a subject of volumes not a single essay. After a few days of mulling it over I decided that I would approach an argument that I see floating around a lot especially among guitarists.

What I’ll be talking about in this brief essay is my views on Music Theory and it’s practical applications as a composer/guitarist. The argument (for those of you who have somehow avoided seeing it around) is that music theory is useless and makes your playing mechanical and uninspired. I’m going to make it clear from the start that I whole-heartedly disagree with this viewpoint.

First off, theory is NOT a set of rules as people seem to think, it’s a language and like any language there are rules in how you write it and how to read it. You probably aren’t reading this sentence from right to left, and you’re probably not reading it upside down. That said, if you really wanted to you could probably do both of those things at the same time, and if you understand what I’ve written who’s to say that you’re doing it wrong? Theory is very much the same in this regard, there are conventions that as a community musicians need to agree upon, however theory isn’t always the right answer, sometimes you need to write things in an unconventional way, or play notes that aren’t really “right”. Nowhere in my studies thus far have I ever been told that I could not do something. I’ve been told fairly often that maybe I should take a different approach to some things, or that I’m not being the most efficient or effective, but never wrong.

Second, the arguments that “theory limits creativity” or that “theory doesn’t count for soul” have never really resonated with me. My experience with people who insist on these things is that they usually either haven’t taken the time to learn theory or that they’ve tried and they just don’t understand it. I’ve never heard someone say they regret learning to read music, or once they’ve learned some theory that they are a worse player for it. If anything understanding some theory lets you break away from limits that you place on your playing from not understanding. So many people are afraid of playing wrong notes that they always play it safe, where if they would expand their understanding a bit they could easily resolve a lot of “wrong” notes in interesting ways. When I’m recording guitar tracks my favorite ones are always the ones where I play “bad” notes by accident and manage to recover and build an idea around that note.

As a final point, if ever picking between two musicians to work with I’ll always pick the one who I can talk to about chords or harmony. I find nothing more frustrating than trying to work with a musician that I can’t talk to in musical terms. I think playing by ear and blindly going into passages is fine sometimes, and you can get some really great things happening in the music that way, but there needs to be a balance and theory is one way of being more prepared when you find yourself in unexpected situations.

I think it’s important for guitarists to stop hiding from theory and to really embrace what it can do for their playing. All that most people need is the basics to make music feel more accessible to them.

My friend Layne Greene made an open air performance the other day. He was joined with an equally talented Alexander MacNeil. These two young men take their music seriously and spend hours rehearsing and developing their craft. A demo EP is being planned.