Yes, he’s one of the most exciting thing to come out of Hip Hop

Rory K works in front of the computer most of the day. But there is this side of him that is a natural entertainer. It’s in his genes. His father is no other than Larry Kirwan, the lead artist of the legendary Irish rock group Black 47. This is his first official interview. I am stoked to be part of his blooming career. But hey, I can say he made an awesome debut. His single “Miami” is available for download via iTunes. He’s one of the most exciting thing to come out of Hip Hop. Rants on Reckless Youth is also available via Soundcloud. He has a show today and that’s in NYC! Check out our conversation below: 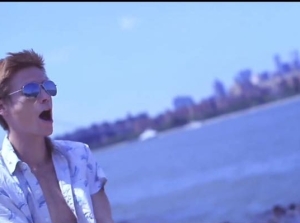 A: Very well, thank you for reaching out. This is my first official interview so help make me say some crazy shit that I’ll probably regret.

2. Are your songs autobiographical or are they inspired by people you meet every day?

A: My thoughts are my thoughts. It’s something I take pride in because it took me a while to feel fully comfortable in my own skin musically. I always thought there was a certain mold I had to fit.

I realized that it’s way cooler to be yourself and makes for much more entertaining and interesting music as well. If you live it own it, or get lost in the shuffle.

I really do live out my verses, like in “Liquor Store Girl” I really was making trips to visit the cashier daily, she was gorgeous and got me into IPAs and I never looked back.

In “Miami” I am really in Miami meeting girls and killing the whole baggie…and I can definitely name a handful of boyfriends out there that can’t stand me (laughs).

3. Who are your major musical influences?

My main musical influence is just being outside living my life to be honest. I love leaving my phone at home, channeling out everything, and just taking a walk with my headphones and a beat.

Scenery is big to me in developing a theme or associating a feeling with a song. Miami for example I wrote in my head during a 2 hour walk down a beach – people like being able to picture themselves in the scenario you create musically so I rarely sit down and write…

As far as musicians, obviously Drake. I think it’s awesome how he made it cool to showcase your insecurities. It definitely helped me explore themes on my album (“Rants On Reckless Youth” https://soundcloud.com/roryk212/sets/rory-rants-on-reckless-youth-rk ) like feeling alone in a new city, heartbreak, even a period of my life when I fell really ill and was stuck in the hospital for an entire summer  yada yada yada.

Other than that I love battle rap and I was raised on Southern Hip Hop.

4. Do you get reactions regarding the explicit and oftentimes sexual nature of your songs?

I’ve only gotten good reactions. My lyrics are what people are saying either in their head or in a private setting. I just created a platform for myself to say it publically and I put myself out there.

It’s important to not take yourself too seriously and if other people do, that’s their issue to deal with.

Anyone who knows me knows I’m a comical dude and shock value is important. I play all my songs to women first, because they’ll let me know if I’m going too far. My mom is a big fan of my lyrics…for the most part (laughs)

5. Can you tell us about your new single which is out in iTunes?

Hell yeah.  “Miami” is one of my favorite tracks. The beat is fire, I linked up with a producer down in Houston, Kade Fresco, after we reposted a few of each other’s tracks on Soundcloud. He sent me the beat and I knew I had to have it.

Miami is dope because it’s completely narrative. I love story-telling and you basically get the walk through of a weekend I had down there with a girl this Winter. I blinked my eyes and I was back in the office with a wicked hangover, dude hitting my cell like he’s going to kill me, and a dope ass concept for a song.

Yes! I shot it back in August in Brooklyn – and it’s great because at my next show during CMJ Festival – Friday October 16th 8:00 at the Drom (85 Avenue A) down in LES – I’m going to premiere it on a big projector screen before the performance. I don’t wanna give away too much because I want you to come to the show. Dress nicely because it’s classy and I’m about to fuck shit up haha.

7. How do you balance your day job and music?

It’s easy. I rarely sit down and write anymore just out of time constraints. Music is my life so there’s never a moment in my life I’m not working on it, whether that be recording, writing, or just going through the everyday grind.

I work in Sales , which requires a lot of quick thinking on the phone. You have to display a good amount of personality and trustworthiness in my job and I think overall it’s helped me get my lyrics across in a more efficient believable way too.

8. Where can listeners download or buy your songs apart from iTunes?

You can download my whole album there for free

The “Miami” music video premiere party Friday October 16th! Also looking to put out a new EP sometime before the end of year….

Thanks for your time Rory!

It was my pleasure, I appreciate you having me.