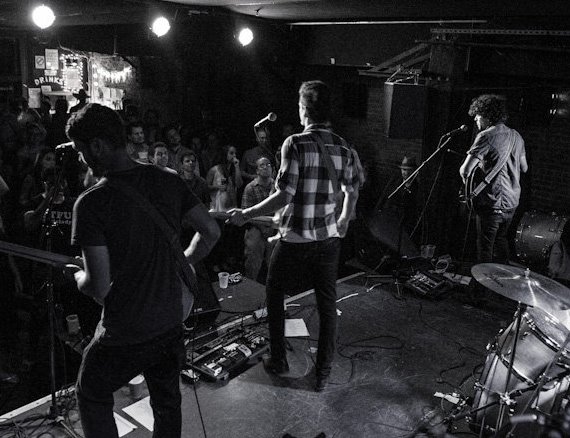 Nothing is more upsetting than waking up early in the morning and read something like this:

Dear family, friends and fans, it is with sadness and great reluctance we announce to you that Von Shakes will be disbanding. It’s been an incredible 7 year journey that brought us to many crazy parts of the world. Our strongest years were …perhaps the last 2 spent in the U.S where we performed non stop all over the country. Ultimately, we have lost the passion, patience and drive to continue fighting for the “cause”. We thank everyone who ever supported us and our only regret is that we didn’t go the whole way. Our final show will be at Mercury Lounge NYC on April 26th and it will be special! We love you all and sure we had a serious laugh!

Seriously fuck! What gets to me is that these guys have what it takes to make it to mainstream pop rock. Perhaps the fans are fickle minded? Perhaps the music industry is fucked and no matter what we do will will not amount to anything but microbes pushing against a glass jar? I bet my whole passion to this band. Von Shakes as a band is not your typical alternative rock group out there. Yes they have not attained the status of Arctic Monkeys YET. But I love them more because they are Irish and Paddy Brazel jr deserves all the respect you can give to a rock star. I hate this. Seriously this news is crap and if there is a  sector responsible it’s you so-called music lovers who give all your $$$ to crappy pop artists. May you all burn in hell.
This upsetting news is found here: https://www.facebook.com/vonshakes
Oh no I am not letting this go gracefully!

I sent Patrick “Paddy” Brazel jr an email sometime within this week for an interview. It’s for my radio show called The Baxteria on Radio Happy. He was cool in replying me asap about Friday as a perfect day. Since I live in the Philippines, it took place Saturday morning around 10 A.M. my time. He’s currently in New York, still in the middle of their American tour. Everything was doing fine until I discovered the audio was not working. That was a crappy situation considering this never happened before. I then found out the problem. It’s my USB mic that was not configured correctly. He said it’s ok and I should not make a big deal of it. But I was making a BIG deal of it because that’s Paddy of Von Shakes! I mean hey this band is really fantastic and I’ve been a supporter since they got introduced to me two months ago. So I did some fidgeting then I look for my old headset and wala! It worked.

The guy was really awesome. The interview was like a normal conversation that you would have with someone young, knows his stuff and likes many things.  We had this nice rapport talking about the super storm that hit my country recently, and how they were worried because their friends experienced Sandy when it hit the east coast of the United States. Then we talked a bit about Ireland and I love how he tested my basic knowledge in common Irish phrases. He said he would be recommending more Irish alternative rock bands when he has the time and would email me the list. I told him that would be awesome!

The interview covered things I meant to ask about the band that was not covered in my email interview. It was a wonderful moment and yes I am so excited putting the audio on my show. I am going to edit it after posting this blog and see what happens later. Check out that new video of their latest single above.

More from their official site: http://www.vonshakes.com/ 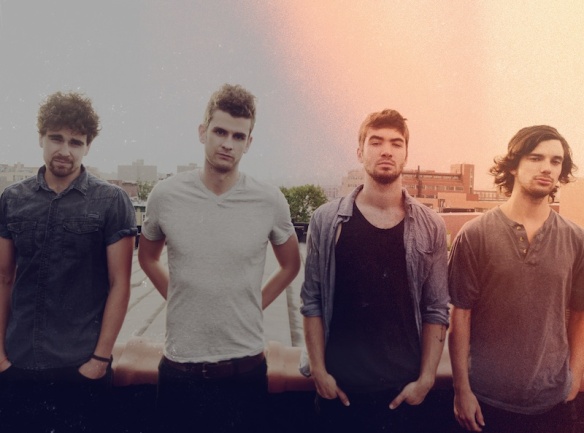 Happy, wacky, philosophical, inspiring and rambunctious! Take your description but there is no doubt, Von Shakes members are making waves across two sides of the globe: Ireland and The United States. And their fame is spreading across Europe as fast as their single Robinson Crusoe!

But don’t let their huge personae cloud you. Deep inside they are good-hearted Irish lads who miss their friends and  home. But I guess like any band who is climbing the charts they have to do what they must for the music and also the fans that are embracing the music. Here’s an interesting interview with lead man Patrick (Paddy) Brazel.

What is the unifying theme that holds the album Bohemia together?

That on every song all you will hear is vocal, guitars and drums. Nothing else. It’s that simple; we hate synths and want to bring back indie rock.

Ryan Besch is responsible for that over at Your Cinema. He’d worked on some BRMC and Kills stuff that we loved. Then we found out he was friends with the owner of the studio we recorded in, so the stars aligned. We told him the title, gave him the songs to listen to, and he nailed it in one attempt.

I have several favorites, including Robinson Crusoe. What’s the inspiration behind this track?

This is a track about longing for something or being confused etc. Like most songs I write, they come from the subconscious so you never are entirely sure what you are on about haha. I guess the metaphor to Robinson Crusoe being the fact that he’s in a dire position, isolated and alone.

What’s the selection process in the final track order of the album?

No secret that we drove ourselves mad trying to pick one. But then we said, ‘fuck it.’ Let’s list the album them way we would play it live and boom. After all the album was trying to capture our like show anyways.

How was the experience working on your debut album?

Awesome. We’d wake around 10/11. Fall in to the studio. Makes music, drink beers, tell stories and have fun. No stress and no time pressures. If the magic wasn’t happening then we’d take a break. We recorded it to tape, live, all together with only a handful over overdubs so it was a nicer process.

Can you describe each band member in one sentence?

Hugh is Lazy and lacks punctuality. Cillian loves food and Howth, our hometown. Ryan is confused by daily tasks.

Where can fans buy the album?

It drops 11/19, but iTunes for purchase. Cd’s and Vinyl from our shows or website. Listen on Spotify.

What’s great about being in the music business?

There is no such thing as the music business, so I wouldn’t know, but playing music is pretty fucking great.

What can you see the band doing in two years?

From Dublin to New York. How does it feel being in both worlds now?

We miss home. We miss our friends. But it’s not a place you want to be in right now especially in your early 20’s. New York fills our voids and has the energy we need.

Your message to new fans?

Go see Rush the Cinema. Sickest film of the year.

Yes again another podcast bringing you the coolest music on the Internet!